PREPARING THE MOST FAIR OF AKSARAY HISTORY 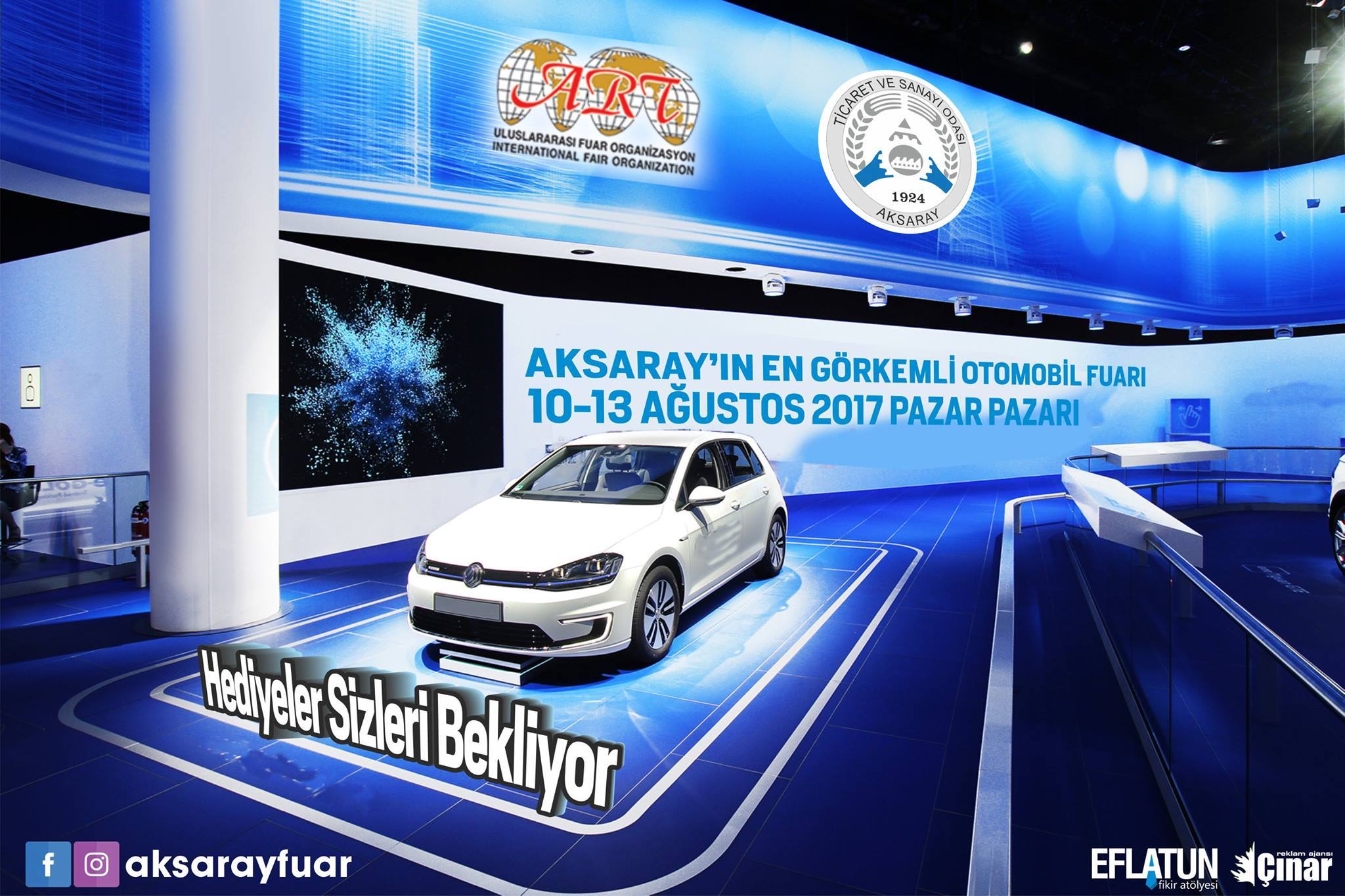 ATSO is preparing for the fair organization which will be stamped for 2017, while Aksaray Trade and Industry, Aksaray Commodity Exchange, Agriculture Platform and Agriculture Chamber are organized by the leading NGOs organized by Aksaray in Aksaray.

3.Aksaray OTO Show, 2. Beyaz Eşya ve Mobilya fair is expected to be attended by more than 100 thousand citizens while work is continuing at full speed.

At the beginning of the most comprehensive fairs of our history, the OTO Show festival, which is appreciated by the environment, will be stamped in this city. The OTO Show exhibition, which will feature the latest models of world brands, will add seventy to all city colors.

Aksaray Chamber of Commerce and Industry Chairman Ahmet Koçaş, who is in the explanations about the fair, explained that he made a promise, "We made a promise when we came to this road and we are proud of doing so. We said that we will make Aksaray the city of fairs and we organized fairs every year in Aksaray. Even in the attempt of the coup attempt of 15th July, which is the darkest and most treacherous initiative of our country history in the past year, we have kept this promise we gave this pride. Immediately after the coup attempt, we realized the OTO Show, Furniture, White Goods and Construction fair a week later. With our Impact Initiative, our economy, which was upside down, and our shopkeepers, we breathed a little bit with the fair. Despite the July 15 coup initiative in FUARD, which we have realized with the appreciation of all the sectors, the trade volume exceeded 5 million TL.

Aksaray is a city that deserves the best of everything and this city should make breakthroughs in the field of industry, especially economy, and become a market. Fairs are the biggest trade markets today. According to the statistics we have done in our province during our 3-year mandate, we have realized 175 trade citizens organized with 5 fairs and we have hosted a trade volume of 19.5 Million TL. This is a record rate for Aksaray. Aksaray is now preparing for a big organization again. The most comprehensive and visual festival of our history will open its doors on August 10th. Our work continues with great care. Aksaray Governor, Aksaray Belediyemiz is a big contributor and supports us. I would like to thank Aykut Pekmez, Valimiz and Mayor Haluk Şahin Yazgı, for this sense. As the Aksaray Chamber of Commerce and Industry's Board of Directors, we will continue to bring the places we deserve in this city's industrial sector. "